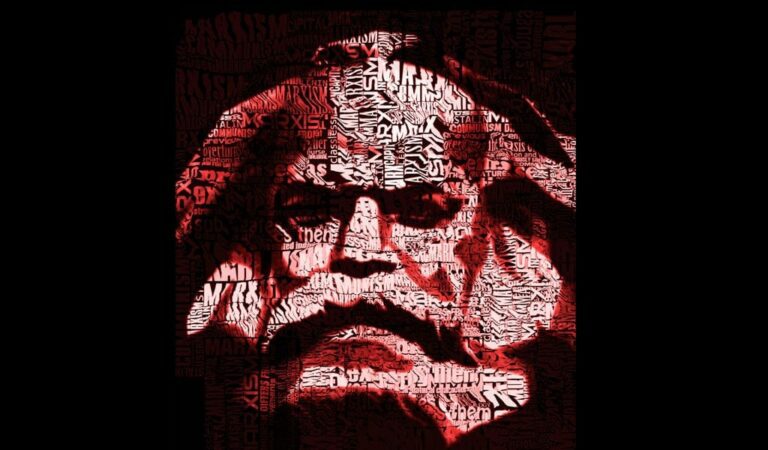 Why are the Left and Right fighting over this term?

A lot of terms are thrown around today to describe extremist movements. One that keeps coming up is “cultural Marxism.” In an attempt to add clarity, political and historical accuracy, Clarion Project investigates the origin and current usage of the term and offers our suggestions going forward.

1 The modern term “cultural Marxism” morphed from its original expression, which was “cultural Bolshevism.” This latter term originated in Germany as a response to the Frankfurt School in the Weimar Republic of the 1920s as a way to denounce the modernist movement in the arts and culture and was later used by the Nazis to claim that the Bolsheviks, the Marxist revolutionary movement in Russia, wanted to subvert the Germany values of family and national identity as well as its traditions in music, art and intellectual ideas.

However, the term “cultural Bolshevism” in Germany was also fundamentally used as an antisemitic canard based on the conspiracy theory that the Jews were behind the 1917 communist revolution in Russia. This canard was aided by the 1920s’ global circulation of The Protocols of the Elders of Zion, a made-up document published in Russia in 1903 that purported to describe a secret Jewish conspiracy aimed at world domination. (To this day, Far-Right circles continue to believe that communism is a Jewish conspiracy.) In reality, by December 1917, only five of the 21 members of the Communist Central Committee were Jews.

2 Even though the term originated as an antisemitic Nazi trope, most people using it today are unaware of its origins or implied meaning. They certainly are not using it as an antisemitic slur. For example, celebrated thought-leader Jordan Peterson uses the term “cultural Marxism” in a context completely different from its origins. Andrew Breitbart, founder of the Right-wing Breitbart News platform, also popularized the term despite being Jewish himself.

A more accurate representation of the use of this term by the above figures and similar conservative thinkers would probably be “neo-Marxism,” as this expression more accurately describes the aspirations of the specific demographic that favors the uprooting of our existing systems.

In its most extreme, the program advocated by this demographic is based on Chapter 2 of the Communist Manifesto, which outlines the core goal of communism: the abolishment of private property as a means to bring about a classless society (in our day and age, this would be called an “anti-racist” society as per critical race theory).

This chapter of the Manifesto includes a call for the abolishment of the family, as families are viewed as a mechanism of exploitation and a means to capitalism’s ends.

The official Black Lives Matter website advocated a number of these classic Marxist ideologies found in Chapter 2 of the Manifesto in their “What We Believe” page, including the goal of “disrupt[ing] the Western-prescribed nuclear family structure.” The page, which has since been taken down by the group, also provided biographies of the movement’s founders, who describe themselves as “trained Marxists.”

3 The Far-Left charges that the term “cultural Marxism” is used by the Far-Right — especially white supremacists — to slander those who believe in the “social justice movement.”

What does cultural Marxism mean for the far right? In the modern iteration, in spaces like BreitbartÂ orÂ Infowars, it is the belief that a failure by communists to topple capitalism through worker revolt has led to a â€œPlan Bâ€ to destroy Western society from the inside. By tearing down the gender binary, de-centering Christianity values, championing the weak over the privileged and creating a multicultural society, revolutionaries have unanchored traditional Western order. Everything from gay rights to Muslim immigration is, in the language of the far right, part of a plot to finish the job that radical worker organizing could not.

Suffice it to say, this is a most paranoid fantasy. Most Marxists donâ€™t speak in these terms, and people who do advocate for immigration, multiculturalism or secularism do so out of a certain regard for human and civil rights. But the far right still obsesses that this is a historical cultural struggle.

This group also points to the fact that Norwegian mass murderer Anders Breivik invoked “cultural Marxism” in his manifesto. In 2011, Breivik went on a killing spree in which he murdered 77 people, the majority of whom were teenagers at aÂ Workers’ Youth League summer camp.

4 While it would be nice to have a static, agreed-upon definition of “cultural Marxism,” even this would probably not resolve the controversy over the term, considering its antisemitic origins. One solution would be to pivot our use of language around all current discussions of Marxism to the far more specific and accurate phrase “neo-Marxism.”

However, as astutely pointed out by Kit Slater in an essay titled “The Value of Cultural Marxism,” use of the term “neo-Marxism” fails to address the fact that any successful ideological battle must also be fought on the cultural level — with the goal of reaching a kind of “cultural hegemony.”

As Slater explains, cultural hegemony is a concept created by Antonio Gramsci:

“Gramsci theorised that if Communism achieved â€˜mastery of human consciousness,â€™ then active revolution would be unnecessary. Mastery over the consciousness of the great mass of people could be attained if Communists or their sympathisers gained control of the organs of culture â€“ churches, education, newspapers, magazines, the electronic media, literature, music, the visual arts, and so on.

“By winning â€˜cultural hegemony,â€™ Communism would control the deepest wellsprings of human thought and imagination. One need not control all information itself if one can gain control over the minds that assimilate that information …

“In 1967 the West German student movement leader Rudi Dutschke reformulated Gramsci’s philosophy of cultural Marxism with the phrase â€˜the long march through the institutionsâ€™ of the nation and the state â€“ the church, entertainment, civil service, educational faculties, family institutions and marriage â€“ to replace the dominant culture …

One influential figure in the sixties who understood this theory very well was radical Chicago activist and Marxist ideologue Saul Alinsky. Slater writes about Alinsky’s plan to carry out the transformation of society through community organizers preying on the malcontents of society — a similar situation happening in today’s intersectional victimhood circles.

“The way to do this was through â€˜peopleâ€™s organisationsâ€™ composed largely of discontented individuals who believed society was fundamentally unjust, and who would take their lead from trained community organisers. These organisers, taught Alinsky, should â€œrub raw the resentments of the peopleâ€ and â€œagitate to the point of conflict.â€ His handbook of sedition, Rules for Radicals, was highly influential over the Democratic Party, and is a textbook assiduously followed by Left-wing activists.”

Slater further argues that the subject of cultural Marxism “canâ€™t be explained in full without reference to the Frankfurt School, critical theory, or to post-modernism, all of which relate to cultural manipulation” and are making a comeback today with critical race theory.

“Given that cultural Marxism is the application of Marxist aims to the culture instead of to economics and society,” Slater writes, “â€˜cultureâ€™ is indispensable to its concept. Its anti-Semitic shadow is, like all conspiracies, ideologies and cults, a belief without evidence, and dismisses its perpetuator as someone with a form of locked-in syndrome.”Â