Trying to Understand Why the World Is Feting Iran? 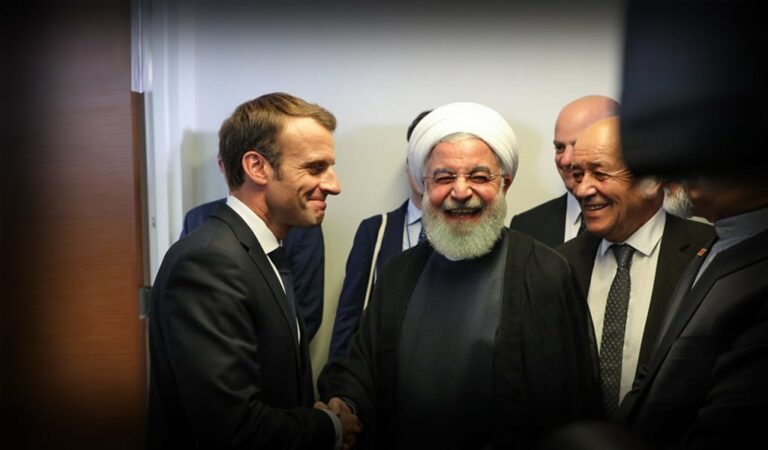 A primer as to why Iran is not a normal country

One would think Iran is a normal state by the way the world is feting Iran at the UN. Yet Iran is anything but. It is a totalitarian state that wreaks havoc by exporting terror worldwide.Â Here is a primer to understanding why Iran is not a normal country run by a normal system of government:

Iran is not a regular country run by a normal system of government. Unique in the world, Iran is ruled by a revolutionary dictatorship which blends theocracy with Marxist-Leninist thought.

As is completely apparent, this toxic combination poses a threat to America and American allies around the world.

Here are three main differences between the Iranian regime and any other government in the world:

1.Guardianship of the Jurist

The Iranian political system is totally unique. It was developed by Ayatollah Ali Khomeini, the founder of the Islamic Revolution who was installed into power in 1979 after ousting the last shah. Its aim was to establish a new society ruled in accordance with Islamic sharia law, it and has been the most â€œsuccessfulâ€ Islamist state so far.

The system maintains some features of a democratic system in that there is a parliament which approves legislation, and a president who is head of the executive.

However, the system is ultimately controlled by the â€œsupreme leaderâ€ (the ayatollah) who (conveniently) also controls the armed forces. He also selects half of the 12 members Council of Guardians, a body which approves which candidates can stand for election.

This creates a totalist system where power exists in a feedback loop resting with the supreme leader.

The theory behind the system of government is that Islam mandates religious scholars to rule, since they have the understanding and wisdom necessary to do so, as they are guided by their scholarly knowledge of Shiite Islam.

The government serves to implement laws in accordance with sharia. The first supreme leader, Ayatollah Khomeini, outlined the theory behind the system in his 1970 book Velayat e-Faqih (Guardianship of the Jurist).

Interestingly, the idea is altogether Islamist. Rather, it was heavily influenced by communist and other ideas. Ideologue Ali Shariati put forward a combination of Marxist and Islamist thought which had a large impact on the direction of the revolution. Khomeini also drew on the work of earlier scholars such as Murtada Ansari, thought to be the first person to come up with the concept of rule by the jurist in the 19th century.

The Iranian state is more than just a system of government: It is a revolutionary state. As such, it aims at the total transformation of society.

Iranâ€™s revolutionary movement was geared towards the goal of creating an Islamic world, not simply ruling Iran in the name of Islam.

As Ali Ansari, professor of Iranian History at the University of St. Andrews, and Kasra Aabari wrote for The Tony Blair Institute for Global Change, â€œJust like communism, a state was never the objective of the revolution. The organs of the Iranian state serve the revolution, not the other way around. And the end goal of the revolution was never a state, it was the expansion of the revolution.â€

Laws like mandatory hijab are about forcing this vision onto the public. More than just a policy, they are integral to the ideology of the regime.

Expanding the revolution means pushing it abroad. This is why the Iranian Revolutionary Guards Corps (IRGC) plays such an important role in the country.

The official mission of the IRGC is to â€œto protect the values of the Islamic revolution on the basis of the Islamic state.â€ But their goal is not just to guard the revolutionary ideology of the state domestically, but also to further its interests abroad.

In the service of this cause they have funded, armed and trained militia groups around the region.

President Trump designated the IRGC a terrorist organization in April 2019. The designation â€œunderscores the fact that Iranâ€™s actions are fundamentally different from those of other governments,â€ the President said in a statement.

In 2018, a US official estimated Iranâ€™s support of Hezbollah at $700 million per year.

In Iraq, Iran funds a network of Shiite militias, including those carrying out attacks against U.S. forces. These proxies were at the forefront of the war against the Sunni terrorist group the Islamic State, further entrenching Iranâ€™s power.

And in Syria, Iranâ€™s support for President Assad turned the tide of the war. This support included substantial lines of credit alongside training for paramilitary groups such as the 50,000 strong Peopleâ€™s Army.

In Yemen Iran funds the Houthi rebel militias at a rate of $10-15 million a year, Yemeni officials report.

Iran is pursuing regional dominance in order to spread its totalitarian ideology. It is an aggressive state willing to stop at nothing to achieve its goals.