Islamists and Neo-Nazis Are Not Opposites – On the Contrary 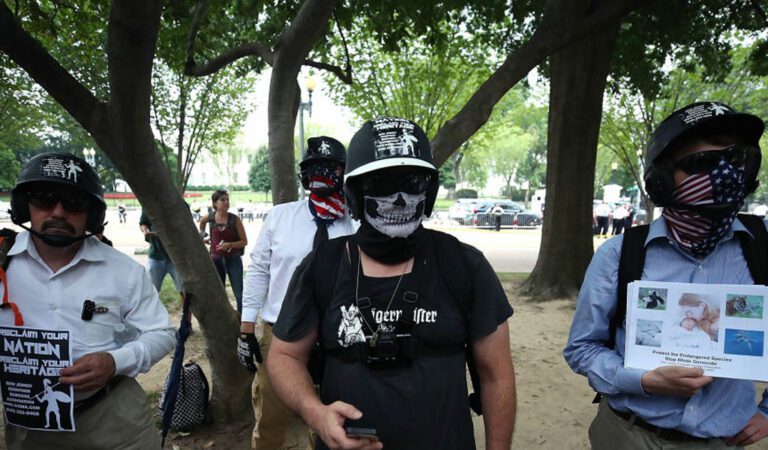 Understanding their similarities helps fight them

You may think that Islamists and neo-Nazis/white supremacists are complete opposites. After all, theyâ€™re willing to take physical violence against each other to the streets. Both use the threat of the other one as a recruiting tool to boost numbers.

But their bitter enmity is surface level. When we look at the views of Islamists and neo-Nazis/white supremacists — what we will call for simplicity, the Far Right — we start to see the similarities.

For groups that hate each other, Islamists and the Far Right tend to talk about a lot of the same things.

Here are just a few of the views they share:

These are not accidental similarities. And, in truth, they are not different movements doing different things: They are fundamentally the same idea, just expressed in different cultures.Â

Before the French Revolution, societies were governed by monarchies, who ruled in accordance with the principles of their particular religion.

They may have claimed Divine right, or simply ruled in the name of a particular faith. The state was considered an extension of the family, with the King or the Emperorâ€™s family at the head of it. He had a right to rule, just as a man had the right to rule over his household.

There was no concept of sovereignty of the people or universal rights or any of those ideas. There was certainly no separation of religion and state.

If you are interested in how societies transitioned into the ones we have now, see Clarion Projectâ€™s series on the First Amendment.

Since the late 18th century, a series of revolutions, starting in America, Haiti and France, brought democracy to the world. With it, they brought the concept of civil rights, separation of religion and state, rights for women, an end to slavery and a host of other positive transformations.

Both the Far Right and Islamists seek to reverse those gains. The objective of any genuinely neo-Nazi program is to empower a strong and powerful leader to create a powerful authoritarian state.

This project, it is thought, will bring honor and victory to the community, instead of the liberalism and decadence of the modern secular world.

It is violent machismoism taken to its ultimate conclusion and extreme.

Both Islamists and the Far RightÂ look to the Crusades for their example. Online images of knights, in particular the Knights Templar, are used by the Far Right; Islamists glorify Saladin, the Crusadersâ€™ nemisis.

The reason Islamists and the neo-Nazis both use rhetoric and symbolism from the Middle Ages and other pre-modern periods is that they see themselves in that context.

They view all of recent history as one giant mistake â€“ a mistake that needs to be rectified through the point of a sword.

Perhaps this is why Vona GÃ¡bor, the head of the Hungarian Far-Right party Jobbik, praised Islam as a bulwark against globalization in 2018.

The connection of the Third Reich to Islamist extremism is well documented. The Grand Mufti of Jerusalem personally met Hitler, and raised units of Muslim soldiers to fight for the Nazis. Muslim Brotherhood founder and leader Hassan al-Banna was so enamored of Hitler that he had Mein Kampf translated into Arabic.

The Islamist/neo-Nazi position takes same attitude to the world, just reflected through different cultural lenses. Once this is understood, combating both positions at the same time becomes a whole lot simpler.