Grievance Mongering Is an Extremist Tactic 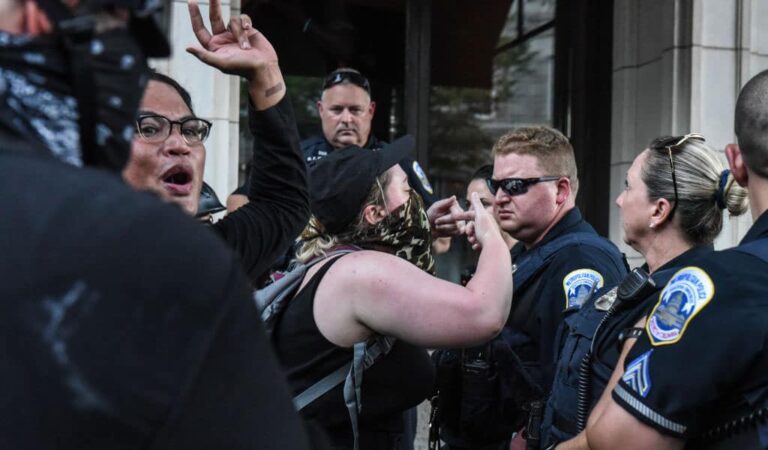 Grievance mongers often masquerade as social justice warriors, but what they are really doing is keeping the fight alive to push their extremist agendas.

How long should we pay for the past?

When dealing with extremism, it is important to know what radical groups are trying to achieve by their grievance mongering and why, so we can be better equipped to defeat them.

Activists frequently cite the historical oppression of women or the barbarism of the transatlantic slave trade to bully politicians into their agenda-driven policies.

But there is a big difference between learning lessons from the past and continuing its fight.

Extremists will try to keep grievances alive to achieve their ends.

In contrast, those interested in positive outcomes will operate from the principle that each new generation has a chance to decide its own fate. They realize there is no reason to keep old struggles going for decades or even centuries.

Any political figure interested in improving the lives of ordinary people knows that, and wants to do what they can to make sure we can put conflicts behind us and create new opportunities for a better tomorrow.

The central event of the 20th century, World War II, is now a part of the history books. While people may still (admirably) try to learn its lessons, there is little appetite for stoking present day resentment, say, between France and Germany. This is rightly so.

The last thing someone genuinely interested in positive change wants to do is dredge up old scores from long before they were born and bring them into the present.

Yet this is what grievance mongering does. Those who employ this tactic will cite a historic grudge or wrong, then keep it inflamed for political purposes.

Radical Islamists are particularly adept in using this tactic to recruit followers.

In fact, this is a key staple of all extremist movements. They look back to an historical crime committed against their group, then use bullying — or even violence — to avenge that wrong.

For example, Far Left extremists might raise the very real oppression faced by working class people, and cite examples like the 1819 Peterloo massacre, in which the British government ordered cavalry to charge into a crowd protesting for political reforms in Manchester.

Far-right movements tend to look back to an imagined past in which their group was in power, and then blame an external foe for causing them to be removed from that place. Their typical scapegoat are the Jews.

Islamists frequently cite colonialism to justify their anger. They will recall examples such as the Sykes-Picot agreement between Britain and France which divided the Middle East.

ISIS even produced a video showing them bulldozing the border between Iraq and Syria.

But decisions made by colonial officials almost 100 years ago, however ill-conceived they may or may not have been, have nothing to do with bombing a mall or a concert venue today. They also donâ€™t justify establishing an authoritarian theocracy in its place.

Using grievance mongering to recruit the next generation of devotees to extremist causes doesnâ€™t even consider whether or not their system can build a positive future for the world.

History isnâ€™t seen as a way to learn from the past or as an explanation of how we came to be where we are now. Instead, for the extremist, history is as a toolbox of propaganda to be used for relevant talking points to make oneâ€™s own side look like the victim and the other side look like the aggressor.

In contrast, raising historical questions can be very important in the quest to determine whether or not ideas not only sound good (or bad) in theory, but how they worked out in practice. The study of history is also necessary to figure out why a situation came to be, and if there are still ongoing issues which need to be rectified.

In the case of colonialism, for example, there is plenty of discussion to be had about the ongoing impact of those policies on countries around the world.

Yet, however interesting that discussion may be academically, it is only politically meaningful if it leads to the creation of viable plans to improve the situation in the present.

What is not useful is holding the living responsible for things the dead have done.

So how do you tell the difference between bringing up the impact of history to better understand the present and using history to manipulate and sow division?

The easiest question to ask is, â€œIs this constructive?â€ If an historical point sheds light on decisions that are being made today or helps us understand why something is the way it is, itâ€™s constructive.

If it simply highlights an old grievance and casts blame on a collective group with no healthy path forward, it is destructive.

Extremist groups use grievance mongering for malicious intent. One way to stop this is: Donâ€™t let them keep ancient conflicts boiling on.