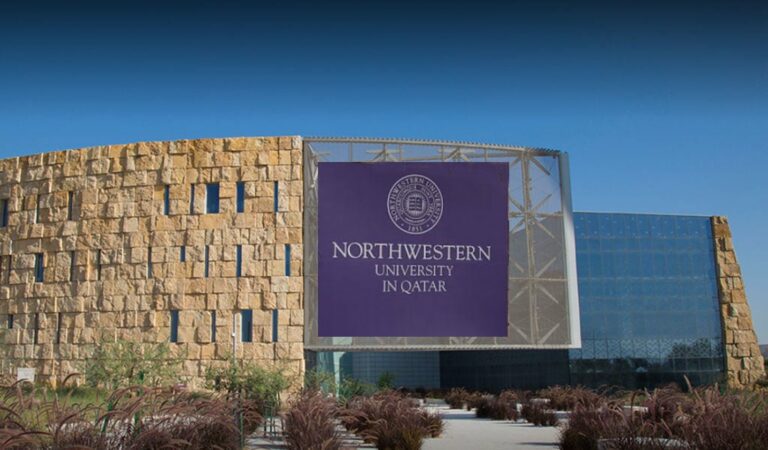 Al Jazeera is owned by the government of Qatar, which is spending hundreds of millions of dollars on lobbyists, think-tanks and U.S. universities to influence American public opinion and policy so it can get away with aiding and supporting Al-Qaeda, the Iranian regime, Hamas and the Muslim Brotherhood.

Al Jazeera is known for its parroting of the Qatari regimes views, advocating for the Muslim Brotherhood and long history of spreading anti-Semitism, anti-Americanism and support for terrorist groups. This includes glorifying Osama bin Laden and other terrorist leaders.

Recently, Al Jazeeras Arabic language viral video channel, AJ+ Arabic, came under fire for producing an anti-Semitic Holocaust-denial video. The video denied exterminations at the Nazi concentration camps and accused the Zionist movement of being the main beneficiary of the Holocaust.

Since 2012, Northwestern University has received over $340 million from Qatar. That is part of the overall $1.5 billion Qatar has donated to U.S. universities during the same time period. Obviously, Qatar believes it is getting a worthwhile return on its investments.

Northwestern in Qatar is located at a site outside Doha known as Education City. There, the Qatar Foundation also operates a mosque which has become a stage for radical clerics, including one who took joy in the terrorist attack on Charlie Hebdo in France, describing it as the sequel to the comedy film of 9/11.

Some have openly praised Osama Bin Laden. One lamented that Hitler didnt succeed in exterminating every last Jew.

The Qatar Foundation is also committed to promoting the radical Islamist teachings of Muhammad al-Wahhab, the founder of what is oftentimes referred to as Wahhabism.

In 2011, Sheikh Hamad bin Khalifa al-Thani, then Qatars emir, publicly pledged to spare no effort to promote Wahhabs views. He said that the country was founded on Wahhabs preaching and the government would spread it around the world.

Al Jazeera is a key player in Qatars campaign to promote their radical Islamist ideology and the terrorist groups that it inspires. Partnering with Northwestern University is a means to that end.

Case in point, Northwestern University immediately began collaborating with Al Jazeera since NU-Qs inception, according to the public statements.

Shamelessly, NU-Q focuses on two majors: journalism and communications. It is overseen by Northwesterns Medill School of Journalism and is modelled [sic] on the highly regarded curricula offered on Northwesterns campus in Evanston, Illinois.

This relationship was intensified when NU-Q signed a Memorandum of Understanding with Al Jazeera in 2013.

The agreement states that they will engage in joint research and strategic studies projects, training workshops, a co-designed lecture series, internships and faculty contributions as well as journalist-exchange programs.

The agreement also makes it clear that one objective of Qatar and Al Jazeera is to use Northwestern University to carry out its influence operations on U.S. soil:

NU-Q will conduct consultations with Al Jazeera leadership based on its faculty research interests and expertise in the American media industry, as the news network moves forward with its planning for Al Jazeera America, the agreement states.

Al Jazeera is the world’s most successful and influential state-directed information operation. Its sophistication is evident in its ability to promote two very different messages to two audiences simultaneously. In Arabic, Al Jazeera pushes a stream of vile, anti-Semitic conspiracy theories €¦ In English, however, Al Jazeera presents itself as progressive and left wing €¦ A rebranding in English as €˜AJ+ was further meant to obscure the Islamist-run network and to appeal to younger people in the West, with social media material in English, Arabic, French and Spanish.

Eight members of Congress have asked the Justice Department to investigate Al Jazeera for violating the Foreign Agent Registration Act. Because it is owned by the Qatari government, Al Jazeera is required to register as a Foreign Agent. Yet, it has not.

The Department of Education is also investigating the flow of money from Qatar to U.S. universities.

Regardless of whether the Department of Education finds a discrepancy in accounting or illegal activity, Northwestern University has a lot to answer for.

Al Jazeera, the Qatar Foundation and the Qatari government are demonstrably not on the side of the United States. They are not suitable academic partners, but propagandists who spread hate and  support terrorist groups.

Northwestern Universitys leaders, faculty, alumni and students should demand to know why the university sees betraying the Western world and human rights as a worthy endeavor.