Qatar on Our Campuses 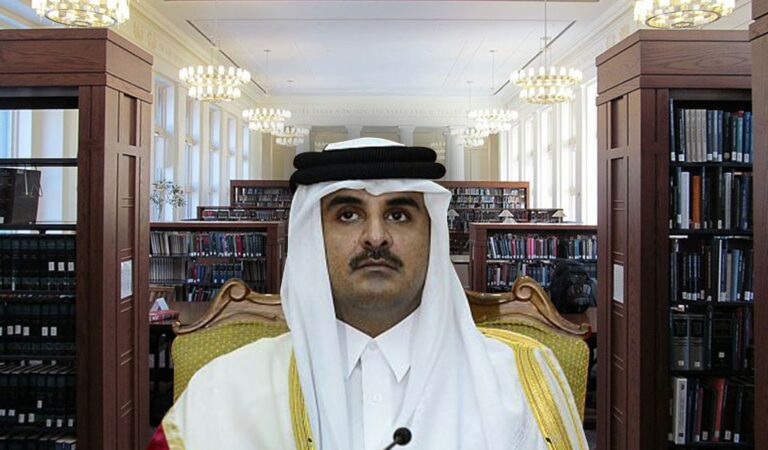 For years the government of Qatar has engaged in an extensive influence operation on American campuses.

At the same time that the government of Qatar has supplied aid and support to al-Qaeda, the Iranian regime and Hamas, it has attempted to sway political opinion in the U.S. by spending millions of dollars each year on a vast network of lobbyists, think tanks and media outlets. As part of the same effort , it has also thrown enormous sums of money at American universities.

The ties between Qatar and U.S. universities are extensive. U.S. law requires universities to disclose information about foreign gifts, as well as any ownership interests in or control over the institution by a foreign entity.

These university gifts and contracts have been sent by multiple Qatari entities either owned by the government or closely connected to the Qatar royal family. They include, for example, RasGas Company Limited; Qatar Petroleum; Qatar National Research Fund (QNRF) which is member of the Qatar Foundation.

Qatar Petroleum is a state-owned public corporation established in 1974. It is responsible for all phases of the oil and gas industry in the state of Qatar. RasGas Company Limited was a liquefied natural gas (LNG) producing company that merged with QatarGas in January 2018.  QatarGas is the world’s largest LNG company. Sheikh Khalid Bin Khalifa Al Thani is the CEO of QatarGas and Saad Sherida Al-Kaabi serves as chairman of the board of directors. Saad Sherida al-Kaabi is Qatars current Minister of State for Energy Affairs.

The Qatar Foundation covers the expenses for six U.S. universities to have campuses in the country: Texas A&M (TAMU), Virginia Commonwealth, Cornell, Carnegie Mellon, Northwestern, and Georgetown. The cost is nearly $405 million.

The Qatar Foundation petitioned to stop its contract with TAMU from being disclosed. TAMU is the recipient of the largest monetary gift from Qatar, according to DOE data. Recently, the groups Judicial Watch and Zachor Legal Institute announced an investigation into Qatars influence at the university.

The Qatar Foundations involvement in Islamist extremism is clear to see with its establishment of its Al-Qaradawi Research Center in 2008 under the direction of the foundations chairman and the Qatari emir.

The center is named after Yousef al-Qaradawi, the spiritual leader of the Muslim Brotherhood, and it uses his works as the basis of its Islamic teachings. The centers stated objective is promoting the ideology of Qaradawi. Qaradawi also runs a network of charities that were sanctioned by the U.S. Treasury Department for financing Hamas, a terrorist group that he openly supports.

The Qatari government (which controls the Qatar Foundation) is also committed to promoting the Islamic teachings of Muhammad al-Wahhab, the founder of what is oftentimes referred to as Wahhabism. In 2011, Sheikh Hamad bin Khalifa al-Thani, then Qatar’s emir, publicly pledged to spare no effort to promote Wahhabs views. He said that the country was founded on Wahhabs preaching and the government would spread it around the world.

The Qatar Foundations mosque is a stage for other radical clerics, including one who took joy in the terrorist attack on Charlie Hebdo in France, describing it as the sequel to the comedy film of 9/11. Some openly praise Osama Bin Laden. One lamented that Hitler didn’t succeed in exterminating every last Jew.

The Qatar Foundation is also linked to the International Institute of Islamic Thought, a U.S. Muslim Brotherhood front group linked to Hamas and Palestinian Islamic Jihad.

While Doha claims to be a U.S. ally, the country continues to provide ideological and financial support to terrorist organizations, all while attempting to influence U.S. opinion through our elite institutions.

Here are the donations given to U.S. universities from the government of Qatar since 2012: