Pressure on University of South Dakota to Cancel Honor Diaries 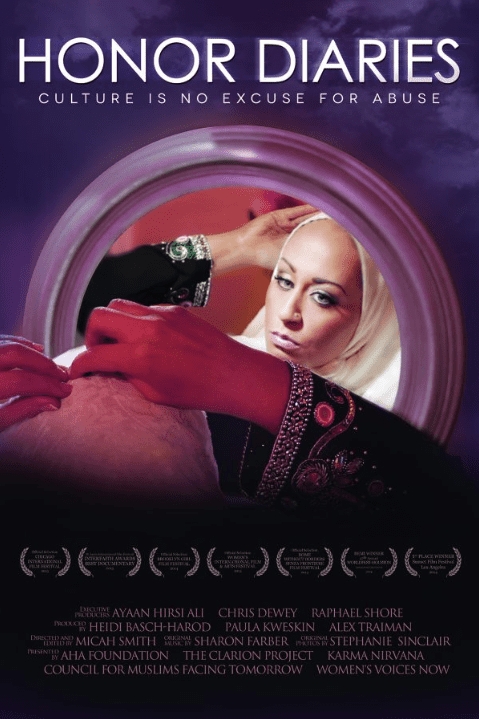 Heavy pressure is being exerted on the University of South Dakota (USD) to cancel a screening of Clarion Project’s award-winning interfaith film Honor Diaries.

In the past strong pressure against Honor Diaries has come from the Muslim Brotherhood affiliated Council on American-Islamic Relations (CAIR) as well as faculty members.

We have prepared two emails that you can send in less than a minute! Click here

One email will go to the brave professors who are so far refusing to be bullied. The second will be sent to the heads of the university demanding their support for the screening to take place. Take action NOW.

One screening has already been cancelled in mysterious circumstances but another is scheduled for April 10. It will be shown as part of USD’s annual women and gender conference.

CAIR was designated as a terrorist organization by the United Arab Emirates. It was also listed by the US government as an unindicted co-conspirator in the Holy Land Foundation trial, the largest terrorism financing trial in American History.

“We’re talking the worst form of anti-Muslim bigotry couched in terms of a legitimate issue,” he said.

Although he stated that one could talk about these issues, he posited that Honor Diaries was not the appropriate vehicle, despite the fact that the film was made in part by Muslims and in partnership with a coalition of women’s rights groups.

“You don’t have to help promote the agenda of Islam haters,” he said. “That’s what you do when you promote this film.”

Migdela Sternadori, the women and gender studies coordinator is refusing to cancel the film despite the pressure.

“It’s just the wrong thing to do to censor a movie,” she said.

Cindy Struckman-Johnson, a professor of psychology and one of the original founders of the women and gender conference which started in the mid-1980s said she had never experienced such pressure to cancel any event at the conference in the past.

According to the local newspaper Argus Leader, a complaint against the Honor Diaries screening was initially lodged by a professor in the health department, Musheera Anis Abdellatif who alleged that the film violates USD’s policy of “inclusive excellence.”

A student group called the Association for Advancement of Women’s Rights originally sponsored the screening but later pulled its support after being pressured.

Previously Clarion Project reported that CAIR led the pressure on the University of South Dakota to cancel Honor Diaries. While CAIR has carried out such campaigns in the past we have not confirmed CAIR’s involvement at USD. We have edited the piece accordingly.