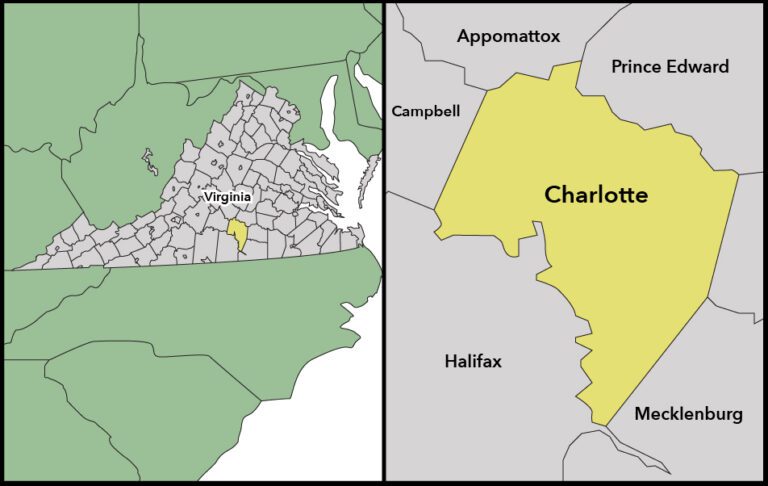 Ahmadabad West is a 45-acre commune run by Muslims of the Americas, headquartered at Islamberg in New York.

Ahmadabad West is a 45-acre[1] commune run by Muslims of the Americas, headquartered at Islamberg in New York. The organization is led by a radical cleric in Pakistan named Sheikh Mubarak Ali Gilani.

For more information on Muslims of the Americas visit Fuqra Files.com

A MOA newspaper identified its Red House, V.A. commune as â€œAhmadabadâ€[2] and â€œAhmadabad West.â€[3] Another MOA entity, the American Muslim Ladies Club, says it has a chapter at â€œAhmadabad.â€[4]

A 2004 report funded by the Justice Department identifies Red House, V.A. as a â€œtraining compoundâ€ for MOA.[5] A 2006 report for law enforcement also said that Red House is home to one of at least seven â€œcovert paramilitary training compounds.â€[6]

A 2009 Virginia State Police report confirms that the MOAâ€™s chapter in Virginia has been involved in drug trafficking, fraud, surveillance and counter-surveillance, sale of counterfeited items and attempted government infiltration. It also said that they have held â€œparamilitary drillsâ€ that included firearms use and MOA-owned businesses and charities are used to fundraise for Gilani.

However, the report rated the MOA â€œattack capabilityâ€ in VA as â€œlow.â€ It states, â€œCurrent intelligence suggests the MOA attack capabilities have declined and members lack the training resources to mount a serious attack.â€ Another section of the report concedes that â€œintelligence gaps make it impossible to assess the level of criminal activityâ€ of MOA in the state.[7]

In 2000, a MOA member named James D. Williams that was convicted of participating in the murder of a rival Muslim cleric in Arizona in 1993 was discovered at the Red House commune.[8] He was also linked to a 1984 bombing of a Hare Krishna temple in Colorado.[9]

In 2001, two Red House commune residents were convicted on firearms charges. Vincente Pierre was banned from owning guns because of a conviction in the early 1990s for fraud after the authorities raided an MOA storage locker in Colorado. He used his wife to obtain .45-caliber handguns.[10] The illegal purchase was videotaped by government agents in 1998.[11]

He claimed to make a living selling Islamic attire and sports equipment provided by colleagues in New York.[8] His status as a felon barred him from possessing a firearm and his wife, Traci Upshur, conducted a straw purchase on his behalf. [9]

When the police sought to apprehend Upshur, the â€œmayorâ€ of the compound warned the local sheriff that any approach would be met with violent resistance by an estimated 200 armed members visiting from all over the east coast. He explicitly said they were waiting and ready to defend her.

Evidence introduced during the trial indicated this purchase was part of a larger weapons acquisition and trafficking operation run by Virginia MOA members. An ATF agent who testified during the trial said that Red House residents would buy the same type of gun so they could share ammunition â€œin case of an attack on their village.â€

Pierre said during the trial that â€œour religious community encouraged its members, who are not prohibited persons, to take advantage of their 2nd Amendment rights as American citizens.â€ He said that the majority of residents were armed by the late 1990s.

However, a Naval Criminal Investigative Service report records that a FBI liaison told the NCIS the arrests were an isolated case and MOA was â€œnot a major issueâ€ and â€œnot much activity of interest was noted.â€

In December 2001, another Red House resident, Bilal Abdullah Ben Benu, was arrested for illegally buying guns. He was previously convicted in 1992 for lying about his conviction for possession of crack cocaine in Maryland.[10] Ben Benu had a SKS assault rifle, 9 mm pistol and AK-47 ammunition.[11]

The compound was reportedly under surveillance before the September 11, 2001 terrorist attacks because of suspected weapons stockpiling. It was reported in 2002 that law enforcement suspected the frequent movement of members in and out of the compound was for the purpose of setting up safe-houses in rural parts of southern Virginia.[12]

There were unconfirmed reports in 2002 that law enforcement suspected that one or both of the â€œBeltway Snipers,â€ John Allen Muhammad (originally John Allen Williams) and Lee Boyd Malvo, had links to â€œAhmadabad Westâ€ in Red House and may have even hid there. One blogger who closely followed the issue pointed out that the Meherrin location, which was secret at the time, was a much stronger candidate as a potential hiding spot.[31]

One MOA-affiliated source recalled hearing conversations about members having previously met John Allen Muhammad in the northeast and that he had visited one of the compounds in Virginia. The source said he did not live at the compound and was not related to James D. Williams.

In 2002, FBI agents visited Ahmadabad because of suspicion that two Muslim terrorists known as the â€œBeltway Snipersâ€ may have links to the commune or have even hid there.[14]

In February 2003, a female MOA member was indicted for illegally purchased several weapons for the group.[13]

The Naval Criminal Investigative Service investigated the Red House compound from 2003 to 2004 as part of â€œthe terrorist group JAF/MOA.â€

The NCIS was concerned that MOA would target a U.S. Navy contractor in Lynchburg named BWXT Technologies that is the sole provider of nuclear fuel power units for the naval reactors. The FBI liaison did not believe MOA posed a threat to the facility and that members in the area would limit their activity to crime like fraud and illegal gun purchases.

Documents from the investigation obtained by Ryan Mauro of the Clarion Project reveal that a source said that after a hurricane in September 2003, the Red House leaders would not allow Virginia Power to come onto the property to fix power lines and denied access to the local fire department. Access was only granted and power restored several days later. The files do not indicate what MOA used that delay for.

The source reported that a new MOA member arrived in late 2003 from the New England area wearing expensive clothes. He said â€œthe people down here were not taking care of business and they were not taking the situation seriously.â€ The blaring of daily prayers through speakers then stopped.

One file from 2004 states, â€œA black male from the Muslim compound is wanted for insurance fraud. The Virginia State Police and a neighboring Sheriffâ€™s Department attempted to pick the subject up at the compound and the subject fled. It appeared to the locals that the Muslims knew ahead of time that law enforcement were coming to execute a search warrant.â€

It is very possible that MOA had advance knowledge as the neighbors suspected. The FBI said at a Joint Terrorism Task Force meeting on August 4, 2003 that a local police officer from the Orange City Police Department had been put in charge of security for the Red House compound.[14]

MOA has historically tried to infiltrate local law enforcement and members have indeed been hired on some occasions.

The files also state that two families left the Red House compound because the rules became too strict and television was banned. A witness also saw several Arabic-speaking Muslims who appeared to be Middle Eastern in the area and one covered his face when the witness took a look at him.

A local controversy erupted in 2007 when the compound renamed its street as â€œSheikh Gilaniâ€ in honor of their radical leader based in Pakistan.

Its â€œmayorâ€ is Matthew Gardner, also known as Muhammad Ali Qadri. Gardner is one of the main spokespersons for MOA. A former member of MOA for nine years said that Gardner spent about five years in Pakistan.[15]

Gardner was born in Europe and says that he was in the U.S. Air Force for five years. Afterwards, he fell back into drug abuse and converted to Islam after being a Quran by a Muslim friend. He met MOA shortly thereafter. Five years later, he went to Pakistan to meet Sheikh Gilani. He saw miracles when spending time in the mountains with Gilani and at a boysâ€™ hostel at a college in Islamabad.[16]

Gardner spoke at an event on April 26, 2011 in Owego, New York that was held by MOAâ€™s interfaith front, the United Muslim Christian Forum. He preached that the U.S. will be destroyed by Allah because it did not prohibit the burning of a Quran by extremist Pastor Terry Jones.[17]

The Clarion Projectâ€™s Ryan Mauro attended the event and was closely monitored by security, followed into the bathroom, peppered with questions and barred from filming or taking photos. He spoke to Gardner about the purpose of the event and MOAâ€™s anti-Semitism. He replied:

â€œWe are trying not to get into the bashing business anymore. I mean, some of this is trial and error when you go into it and the longer we do it, the more weâ€™re finding that certain things are a little bit too offensiveâ€¦categorically we do not deny anything we said.â€

In 2007, eight people were arrested in Virginia including multiple MOA members for a massive counterfeit clothing and movies scheme that resulted in $19 million in proceeds from December 2004 to September 2006.[15]

In 2011, Clarion Project national security analyst Ryan Mauro briefly met the â€œmayorâ€ of Ahmadabad at a United Muslim Christian Forum event in New York. The â€œmayorâ€ had spoken at the event and preached that the U.S. could be destroyed by Allah if Koran burnings are permitted.[16]

When asked about the groupâ€™s radical beliefs and anti-Semitism, he answered:

â€œWe are trying not to get into the bashing business anymore. I mean some of this is trial and error when you go into it and the longer we do it, the more weâ€™re finding that certain things are a little bit too offensive â€¦ categorically we do not deny anything we said.â€

When asked about the gunfire heard at MOA communes, he said, â€œWhat is wrong with shooting your gun in the United States of America?â€

[8] Testimony from the trial of Vincente Rafael Pierre and Traci Upshur.

[13] Documents from the Naval Criminal Investigative Service investigation from 2003-2004.

[15] The former member of Fuqra/MOA briefly had a blog in 2006 and is considered to be a credible source.

[16] Al-Islam in America: Tragedy and Triumph. (1999). Muslims of the Americas, Inc. and the International Quranic Open University.