Muslims of the Americas (MOA) 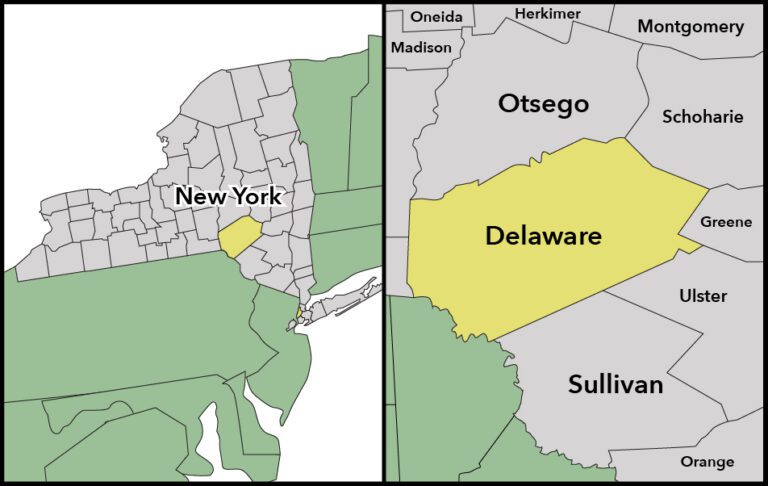 MOA is led by a radical cleric in Pakistan named Sheikh Mubarak Ali Gilani. The Department of Homeland Security says MOA is linked to Jamaat ul-Fuqra, a Pakistani militant group led by Gilani.

The Department of Homeland Security says MOA is linked to Jamaat ul-Fuqra, a Pakistani militant group led by Gilani.[1] In 1998, the State Department said ul-Fuqra is an â€œIslamic sect that seeks to purify Islam through violence.â€[2]Â In March 2014, close to a dozen anti-Islamist Muslim Organizations in the U.S. and Canada released a statement in conjunction with the Clarion Project calling on the State Department to designate Jamaat ul-Fuqra as a Foreign Terrorist Organization.[2a]

The State Department said in 2002 it has not been included in any terrorism reports since 2000 because of its inactivity.[3]

Gilani and the MOA leadership deny having any knowledge of ul-Fuqra. Glen Ford, an ul-Fuqra terrorist involved in a 1991 bomb plot in Canada, said during his trial that Gilani persuaded the U.S. branch of the group to change its name to MOA.[4]

A secret Canadian intelligence report described al-Fuqra as a â€œmilitant Sufi sectâ€ that believes â€œthere is a Satanic Zionist conspiracy to destroy Islam and that the Fuqra is Godâ€™s chosen instrument to defeat the enemies of Islam.â€ Among those they say are complicit in the conspiracy are Jews, Hindus, other Muslims and the governments of the U.S. and Canada.[5] Gilani has said, â€œWe are fighting to destroy the enemy. We are dealing with evil at its roots and its roots are America.â€[6] He says that the â€œU.S. has become a pawn of hidden hands that use Americaâ€™s wealth and the innocent blood of their sons and daughters to wage their wars against Muslims.â€[7]

MOA says it has 22 settlements across the United States.[8] A 2006 report for law enforcement put the number at above 35 and estimated that the organization has 3,000 members. It said that the organization is set up like â€œclassically structured terrorist cellsâ€ and that Gilani is â€œnow known as an international terrorist.â€ It said that at least seven of the communes are used for paramilitary training and that members are also sent to Pakistan for further instruction. [9] There are unconfirmed reports of members being trained in Sudan.[10]

A former high-level MOA operative that was a NYPD informant says that MOA also has set up operations in Trinidad, Saudi Arabia, Egypt and Venezuela. He said that the paramilitary training is now only given to a select group. He describes MOA as being cult-like and said that most of the children are taught privately on its premises and are illiterate. He says he witnessed vicious punishments, including the beating of a 50-year old woman, for violating the strict moral code set by Gilani.[11] Two former female MOA members were interviewed by a filmmaker in 2011 and told stories of abuse, polygamy, forced marriages, brainwashing and terrorist activity.[12]

MOA believes that Gilani is a miracle-making representative of Allah. He claimed he exited his body to meet Jesus and the forthcoming Mahdi in 2009. Khalid Khawaja, a former pilot for Osama Bin Laden and a close friend of Gilaniâ€™s, says that â€œOne white American [follower of Gilaniâ€™s] told me that there are thousands of people in America, who, if they are asked to cut off one limb so that they can stay with him, they are ready to do that.â€

â€œIf you push him to that stage, that he has no option but to declare jihad on Americaâ€¦ it will blow like a volcano,â€ he said.[13]

Gilani says that Jews are â€œan example of human Satansâ€[15] and that â€œI have never seen, in the whole of my life or even in the past thousand years, a Jew who will tell the truth.â€[16] In making that case for Muslim-Christian relations, Gilani says, â€œthe Jews tried to murder Jesus, son of Mary.â€[17]

MOA believes that the September 11, 2001 terrorist attacks were part of a Satanic-Zionist conspiracy to wage war on Islam and stop Muslim-Christian unity. Gilani has referred to Osama Bin Laden as a â€œSaudi activist.â€[18] MOAâ€™s newspaper, the Islamic Post, praised Iranian President Ahmadinejad when he called for an independent investigation into 9/11 at the United Nations.[19]

The MOA also believes that evil â€œjinn beingsâ€ possess human beings. It says that the movies Star Wars, The Lord of the Rings, Avatar, The Exorcist and Harry Potter were part of â€œjinnâ€ plots to corrupt minds and spread Satanic influence.[20]

Jamaat ul-Fuqra has a history of terrorist and criminal activity. At least a dozen members have been convicted and its members have been accused of involvement in at least 10 assassinations and 17 firebombings since 1980.[21]

A 2004 report funded by the Justice Department said that â€œmembers of the Fuqra group have raised money by taking advantage of a variety of social service programs, including workerâ€™s compensation, public health care, welfare, and food stamps programs. Other crimes committed by Fuqra members include the creation and use of false identification cards, birth certificates, and other forged documents.â€[22] The group recruits heavily from those with criminal backgrounds.[23] The group is also known to use security companies as fronts.

A secret tape made by Gilaniâ€™s followers in Pakistan in the 1980s proves that the purpose of the camps in the U.S. is to facilitate paramilitary training. In the video, Gilani boasts of having â€œone of the most advanced training courses in Islamic military warfareâ€ and invites interested Muslims to contact MOA offices in Pakistan or in several states in the U.S.

The film shows Gilani followers receiving the training and practicing the hijacking of vehicles, use of firearms, hand-to-hand combat, setting off explosives and other violent acts. In one scene, an instructor says, â€œAct like you are a friend, then kill him.â€[24]

In 1989, the FBI raided a storage locker in Colorado Springs used by a Fuqra member and discovered weapons, explosives and plans for terrorist attacks, including the murder of Imam Rasad Khalifa in Arizona. He was a Muslim that was branded an apostate for his interpretations of the religion.[25] He was killed in 1990 exactly as the plans described.

The FBI discovered that the Fuqra members had to pledge, â€œI shall always hear and obey, and whenever given the command, I shall readily fight for Allahâ€™s sake.â€

The biggest Fuqra terror plot was attempted in 1991 and it aimed to kill 4,500 people. Five operatives tried to bomb a Hindu temple and an Indian cinema in the Toronto area during the Hindu Festival of Lights. The terrorists possessed a book authored by Gilani that says, â€œThe mission of this Jamaat ul-Fuqra is to lead Muslims to their final victory over Communists, Zionists, Hindus and deviators.â€[26]

In October 1992, law enforcement authorities shut down Fuqraâ€™s 101-acre commune at Buena Vista and discovered that it was essentially a terrorist training camp financed through crime. A poem was found that reads, â€œCome join my troops and army/Says our Sheikh Gilani/Prepare to sacrifice your head/A true believer is never dead/Say â€˜Victory is in the Airâ€™/The kafirâ€™s blood will not be spared.â€[27]

One terrorist involved in the 1993 World Trade Center bombing, Clement Rodney Hampton, was a Fuqra member and had been trained by the group near Harrisburg, Pennsylvania. He was convicted for his role in another campaign to bomb several New York City targets.

In December 1993, Sheikh Gilani reportedly attended a terrorist conference in Khartoum, Sudan. Among the groups represented were Hamas, Hezbollah, Egyptian Islamic Jihad and others. [28] Some reports say that Osama Bin Laden was present, a believable claim as he lived in the country at the time.[29]

In 2001, Wall Street Journal reporter Daniel Pearl was kidnapped and executed in Pakistan when he was on his way to interview Gilani. He has never been charged and denies involvement but says that Pearl was sent to assassinate him.

In 2009, Clarion Project National Security Analyst Ryan Mauro obtained two MOA tapes. One showed women training at its Islamberg headquarters in military fatigue. The trainees were seen marching in formation, practicing hand-to-hand combat, learning to use knives and swords and firing guns into a lake.

A second video showed MOA leaders declaring that the U.S. is a Muslim-majority country and vowing to defend it from foreign and domestic enemies. The speakers said they would never declare jihad on their country but â€œwill not sit idly by and let our country be destroyed by this hidden hand.â€[30]

In February 2010, Pakistan refused entry to two high-level MOA members.[31] It was reported in early 2010 by multiple sources that a large number of MOA members had suddenly moved out of their communes.

[24] The video was originally obtained by PRB Films and clips were shown in the Clarion Projectâ€™s documentary, The Third Jihad.