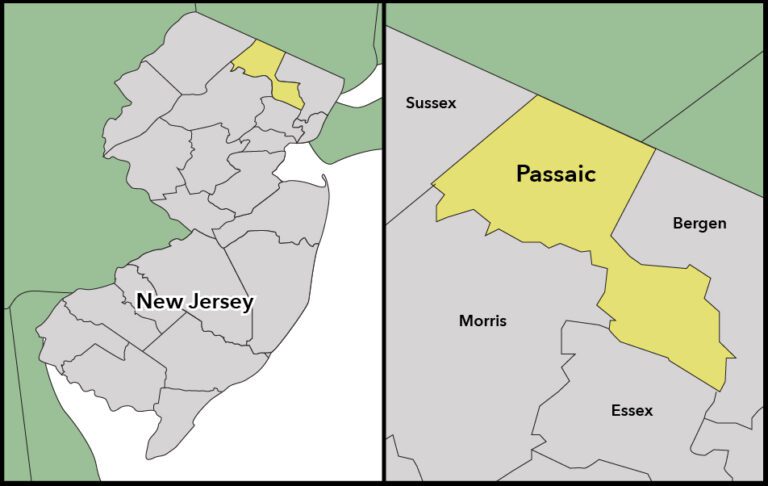 The Islamic Center of Passaic County (ICPC) was founded by Mohammad El-Mezain, who was convicted in 2008 for fundraising for Hamas through the Holy Land Foundation. It is led today by Imam Mohammad Qatanani, whose deportation is sought by the Department of Homeland Security.

A 2001 FBI memo states that informants reported that he is a â€œbig supporterâ€ of Hamas and was â€œpurportedly holding fund-raising activities, as well as supporting visitors to the United States from Israel and Jordan, to speak on behalf of HAMAS.â€ Another FBI informant reported â€œin 1993, that Al-Hanooti collected over six million U.S. dollars for support of HAMAS in Israel.â€[4] In 1995, Al-Hanooti left ICPC to serve as the imam of Dar al-Hijrah Islamic Center until 1999.

Imam Qatanani was arrested in Israel in 1993 because of his links to Hamas, including the fact that his brother-in-law was a Hamas official in the West Bank. He told the Israelis that he had been a member of the Jordanian Muslim Brotherhood but left in 1991 because he had limited time. The Israeli government says he admitted to being a Hamas member and was convicted but he was released as part of a plea bargain.[5]

Qatanani moved to N.J. the year following his arrest to lead ICPC. According to an FBI report, El-Mezain said in November 1994 that he was using ICPC to collect money for Hamas.[6] Qatanani and El-Mezain jointly led the ICPC and lived together until 1999 when El-Mezain stepped down.[7]

In July 2006, the Department of Homeland Security began deportation proceedings against Qatanani for failing to disclose his conviction in Israel on his green card application. The DHS says he â€œengaged in terrorist activityâ€ and is guilty of â€œmaterial misrepresentationâ€ and â€œengaging in unauthorized employment â€¦ by allowing an out-of-status alien to reside with him.â€ It also described a â€œhighly dubiousâ€ transfer of thousands of dollars to the West Bank.

â€œIt is certainly suspicious when a person who has been convicted of being a member of, and providing services, to Hamas, who has personal ties to a Hamas militant leader, and a Hamas fundraiser also sends undisclosed cash to the West Bank,â€ a 2008 DHS court filing states.[8]

A July 2008 N.J. Office of Homeland Security and Preparedness intelligence report about the stateâ€™s Hamas network identifies Qatanani as a Hamas supporter. He was the only individual mentioned by name.[9]

During the trial, prosecutor Alan Wolf said that a pamphlet was found at ICPC after the 9/11 attacks that explained what Muslims should not tell the police.[10] In 2008, the immigration judge granted Qatanani permanent residency.[11] The Board of Immigration Appeals overturned the ruling.[12] The deportation trial continues.

Translations of some of Qatananiâ€™s sermons between 2007 and 2009 showed radicalism. In 2007, he prayed for the defeat of â€œoccupation and oppressionâ€ in Iraq, Palestine and Chechnya. The â€œoccupiersâ€ and â€œoppressorsâ€ in this context are the U.S., Israel and Russia. He also preached that Jews and Christians â€œwill be swiftly punished by Allahâ€ and that Muslims should not speak poorly of Sheikh Yousef Qaradawi, the spiritual leader of Muslim Brotherhood that supports terrorism. He also defended donations to the families of suicide bombers.[13]

In September 2012, Qatanani said that the U.S. should outlaw criticism of Islam. He said the U.S. must â€œput limits and borders [on] freedom of speechâ€ and Americans â€œhave no right to [talk about Muslim] holy issuesâ€ because itâ€™ll cause â€œhatred of war among people.â€[14]

A former chairman of the ICPCâ€™s board,[15] Esam Omeish, praised Palestinians who â€œ[understand] that the jihad way is the way to liberate your land.â€[16] He also praised the â€œbelovedâ€ founder of Hamas that was killed in an Israeli strike.[17] In 2010, he â€œlikedâ€ the Facebook page of Sheikh Yousef al-Qaradawi, the Hamas-supporting spiritual leader of the Muslim Brotherhood. Omeish is a former president of the Muslim American Society.

The ICPC has close ties to the American Muslim Union, having had five common officials as of 2004.[18]

Mohamed El-Filali is listed on the ICPC website as its outreach director.[19] Media reports in 2012 have titled him as the mosqueâ€™s executive director.[20] He was described as an AMU official in 2002.[21] That same year, he led a chant at a rally comparing Israeli Prime Minister Ariel Sharon to Hitler and refused to condemn suicide bombers saying, â€œI am not in their shoes. My house has not been destroyed; my brother has not been shot dead.â€[22]

In January 2014, ICPC held a fundraiser for Syrian jihadists with Sheikh Mohammad Rateb al-Nulsi. He is a supporter of suicide bombings and executing homosexuals and preaches that â€œAll the Jewish people are acceptable as targetsâ€ in Israel.[23]