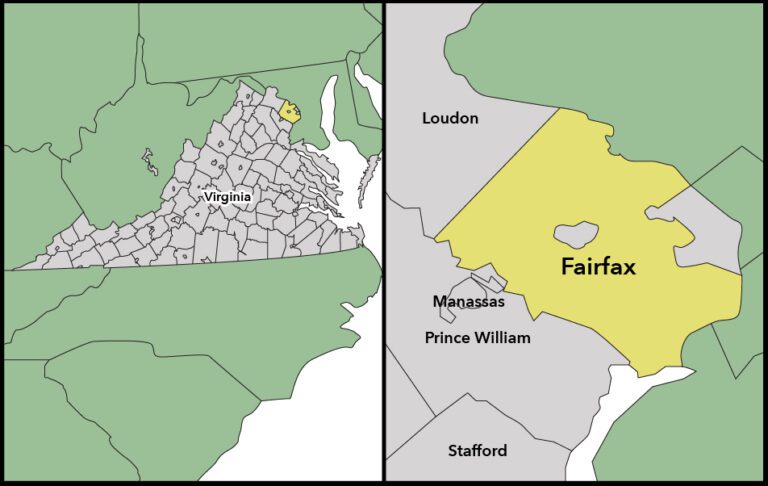 IRUSA is the American branch of Islamic Relief Worldwide (IRW) based in the UK. It's leadership has numerous ties to the Muslim Brotherhood.

Islamic Relief USA (IRUSA) says it â€œstrives to alleviate suffering, hunger, illiteracy, and diseases worldwide regardless of color, race, religion, or creed, and to provide aid in a compassionate and dignified manner. Islamic Relief USA aims to provide rapid relief in the event of human and natural disasters and to establish sustainable local development projects allowing communities to better help themselves.â€[1]

IRUSA is the American branch of Islamic Relief Worldwide (IRW), based in the United Kingdom.

The IRW leadership has numerous Muslim Brotherhood links, including one official that used to be the Minister of Religious Affairs in Sudan.[2] IRW was founded by Hani Al-Bana, a former trustee of a group called Muslim Aid.[3] The British government cleared Muslim Aid in 2010,[4] raising objections[5] from some terrorism researchers.[6]

In 2014, the United Arab Emirates banned IRW as a terrorist group.[6a]

In 2006, Israel arrested the project coordinator of IRWâ€™s Gaza office, Iyaz Ali, for funneling money to Hamas. The Israeli Ministry of Foreign Affairs said: â€œThe IRWâ€™s activities in Judea, Samaria and the Gaza Strip are carried out by social welfare organizations controlled and staffed by Hamas operatives. The intensive activities of these associations are designed to further Hamasâ€™ ideology among the Palestinian population.â€

The Israeli government said that Ali admitted knowing that the organizations supported by the IRW office were Hamas entities. The assisted entities incited acts of terrorism and provided material aid to the families of Hamas members that are wounded or in Israeli custody.[7]

In June 2014, the Israeli Defense Minister signed a decree banning Islamic Relief Worldwide because it is â€œanother source of funds for Hamas.â€[7a]

In 2013, an Egyptian newspaper published a list of 30 alleged Muslim Brotherhood operatives in the U.S. that included five current or former senior IRUSA leaders.Â [7b]

Around November 2012, the British bank UBS closed IRWâ€™s bank account and blocked its customers from donating to it. IRW blamed unfair counter-terrorism regulations.[8] The IRW Finance and Services Director said that many other banks stopped doing business with it and that the regulations could act as a â€œrecruiting sergeantâ€ for terrorist groups.[9]

Although IRUSA says it is a â€œlegally separate and independentâ€ affiliate of IRW, the two share leadership and resources. IRUSA transferred $4.8 million, $5.9 million and $9.4 million to IRW in 2007, 2008 and 2009, respectively.[10] IRUSAâ€™s December 31, 2010 financial report states, â€œThe majority of IRUSAâ€™s programs are administered through grants with [IRW],â€ with a total of nearly $22 million that year alone.[11]

IRUSA founder Ahmad Esmat El-Bendary was its chairman and CEO from 1993 to March 2006, and he remains a senior adviser to the board.[12] He is now the president of the Muslim American Society (MAS).

IRUSAâ€™s Registered Agent in 2007 was Kazbek Soobzokov, who was the attorney for a radical imam named Wagdy Ghoneim. He was arrested in 2004 because of evidence that he was fundraising for Hamas and voluntarily left the U.S.[13]

IRUSA CEO Abed Ayoub is also a governance committee member of IRW.[14] He was born in a Palestinian refugee camp and was raised in Jordan. He moved to Yugoslavia after high school and then Germany before ending up in California.[15]

IRUSA President and Board Chairman Mohamed Amr Attawia is listed as the U.S. Muslim Brotherhood New England director in a 1991 phone directory. He is a former Vice President of MAS.[16] He also sits on IRWâ€™s board of trustees.

IRUSA Operations Manager Ahmed Shehata is from Alexandria, Egypt and he â€œlikedâ€ at least 18 pro-Muslim Brotherhood pages on Facebook in 2012 and three pages supportive of Egyptian Salafists. He also stated on his Facebook page that Brotherhood spiritual leader Yousef al-Qaradawi is the preacher he most trusts.[17] In January 2009, the Egyptian government arrested 21 Brotherhood leaders in Alexandria, including one by the name of Ahmed Shehata.[18] Shehata â€œlikedâ€ a page for the Brotherhoodâ€™s Alexandria branch and a page for the Brotherhood students of Alexandria University, suggesting this is the same person.[19]

Khalid Lamada, the Vice Chair of the board of directors, is from Egypt and endorsed Mohammed Morsi, the Muslim Brotherhoodâ€™s presidential candidate in Egypt, in 2012.[20] He has served as a board member of theÂ Islamic Society of Bay RidgeÂ and co-chairman of the joint national convention of MAS and the Islamic Circle of North America (ICNA).[21] The MAS-ICNA conferences feature radical speakers, often including defenders of Hamas and activists linked to the Brotherhood. For example, the 2012 conference had at least a dozen Islamist speakers.[22]

Hamdy Radwan, a member of the board of directors since November 2012,[25] is also originally from Egypt. He â€œlikedâ€ at least six pro-Muslim Brotherhood pages on Facebook, including one for Qaradawi.[26] In November 2006, he said he does not consider Hamas to be a terrorist group, calling them â€œfreedom fighters, in other countries.â€ At the time, he was the president of the Raleigh chapter of MAS. He said that his goal is non-violent â€œrevolution with the law of the landâ€ but that the idea of ruling America by Sharia â€œnever came to anyoneâ€™s mindâ€ at MAS. However, in a â€œ[Muslim] majority country, that all elected themselves to be ruled by Sharia Law, thatâ€™s their option.â€[27]

He raised money for the Al-Qaeda front called the Global Relief Foundation and the Hamas front called the Holy Land Foundation. He said he raised $7,000 for the Holy Land Foundation in November 2001 alone before it was closed down.[31] Shahin was also a representative for Kind Hearts, another charity that was shut down for financing Hamas. He also says that ICT hosted Islamic Association for Palestine conferences, a pro-Hamas creation of the U.S. Muslim Brotherhood.[32]

On October 4, 2002, Shahin said in a sermon, â€œÂ Prophet Mohammed peace be upon him said:Â â€˜You will keep on fighting with the JewsÂ until the fight reaches the east of Jordan river then the stones and trees will say: oh Muslim, oh (servant) slaves of Allah, there is a Jew behind me; come and kill himâ€¦â€™â€[33]

Shahin defended the mosqueâ€™s involvement with Bin Laden in the 1980s, saying â€œOsama bin Laden was made in America. Our government was sponsoring and supporting him. We are following our government.â€[34] He also believes in 9/11 conspiracy theories, saying â€œI think the [9/11] investigation is not headed in the right direction. They are focusing on the Arabs, the Muslims. And all the evidence shows that the Muslims are not involved in this terrorist act.â€[35] He suggested that the FBI and CIA staged the attacks.[36]

In 2006, Shahin was one of six imams that were removed from a flight for suspicious behavior. The imams then sued U.S. Airways for discrimination.[37]

Azhar Azeez is the Director of Fund Development.Â [37a]Â He has been a member of the Executive Council of theÂ Islamic Society of North America (ISNA), a U.S. Muslim Brotherhood entity and unindicted co-conspirator in the trial of the Holy Land Foundation, another Brotherhood front that was prosecuted for financing Hamas. He became Vice President of ISNA in 2010.

IRUSA Director of Policy and Institutional Affairs in 2006, Seyed Rizwan Mowlana[38], used to be the executive director of the Maryland-Virginia chapter of the Council on American-Islamic Relations, (CAIR), which he launched in 2002.[39] His name no longer appears as an IRUSA official.

IRUSA also donated to events held by other groups tied to the U.S. Muslim Brotherhood. For example, it donated to a fundraiser for the Chicago chapter of CAIR in March 2012[41] and the annual joint MAS-ICNA conference in December 2012.[42]

In April 2011, an anonymous high-ranking Justice Department official was quoted as saying, â€œTen years ago we shut down the Holy Land Foundation. It was the right thing to do. Then the money started going to KindHearts. We shut them down too. Now the money is going through groups like Islamic Relief â€¦â€[43]